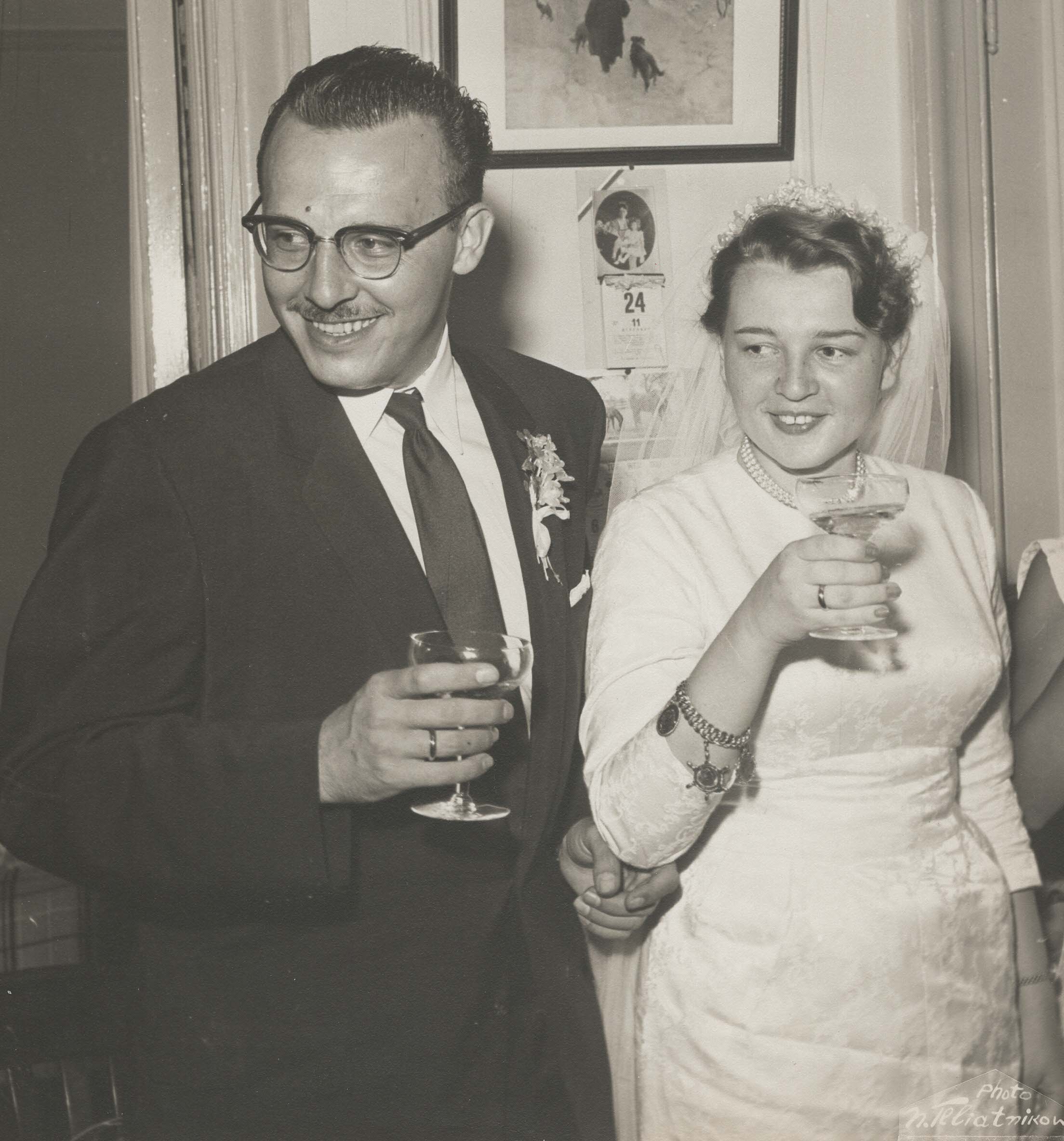 Dr. Konstanty Hetschinof, 92 of St Petersburg, Florida reposed at 4:00 pm on Sunday, April 28th 2019, the day of the Resurrection of our Lord Jesus Christ (Eastern Orthodox, Paskha). May his memory be eternal!
Christ is Risen!

Konstanty was born in Russia, a decade after the Russian Revolution of 1917. Escaping communism with his family, through Constantinople (Istanbul) Turkey, then slowly making their way to Europe, during World War II, Konstanty was the leading force of the family, learning 6 languages to survive during the bombings and shell-fire, bullets whistling through the streets of war torn Germany, Italy, France, Belgium, Poland and Switzerland, the stories he would keep to himself, but in later years would share them with all who wanted to know, what life was like during WW2, an act of survival, living on food scraps, potato peels and such, escaping prison camps and death many times. He actually learned English from reading left over comic books by U.S. army units.

Reaching the shores of France, they set sail to Caracas Venezuela and finally found refuge there among many other Europeans who too were trying to save themselves not only from a Communist country, but from a war torn Europe. Konstanty studied to become a medical doctor, and then becoming a dentist, while his mother worked in the jungles of Venezuela, as a field doctor for the Indigenous peoples in Venezuela, in the area around the Angels Water Falls. He met Tatiana, his wife ‘to be’ in Caracas.

Understanding that North America seemed more promising, Konstanty with his parents, sister Dagmara, and girlfriend made their way to New York in 1950, settling down in the Hamilton Heights section of NYC, Riverside Drive. He had to go through medical school once again, graduating NYU with honors, top of the class. He opened his practice on Riverside Drive. Konstanty married his love of his life Tania, in NYC in 1956. Understanding that city life is not the place to live, he purchased a house in Valley Cottage and raised his family. 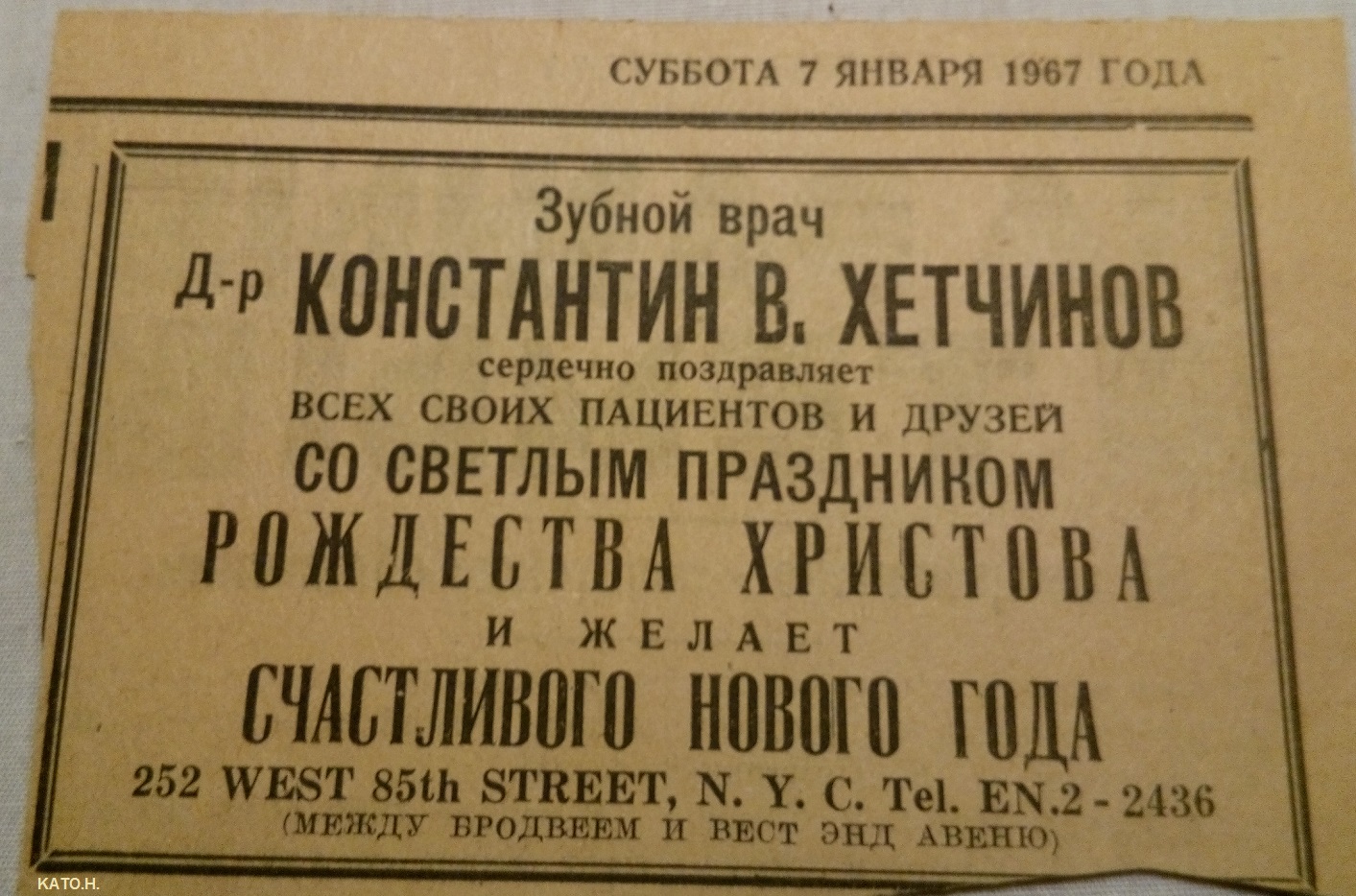 Konstanty landed a job working for the State of New York as a Dentist for the Department of Corrections (Green Haven, Sing-Sing, Dannemora and others) while running a small practice in Rockland County. Some of his patients were; Alexandra Tolstoy, Mstislav Rostropovich, Princess Vera Romanova, among others and a few ‘well known’ convicts at prisons.

Understanding that it is important to preserve the culture and tradition of his roots, along with Tania, they did what was possible to stay active with church life, Saturday schools for children, county, cultural and community events. Very active with the Holy Virgin Protection Church of Nyack, NY and later becoming the church warden at St Andrews Orthodox Church in St Petersburg, FL. They both enjoyed cooking and were quite festive and entertaining guests at home, the tables were always in full supply of foods and drinks.

They sold their house in NY in 1997 and moved to Town Shores of Gulfport, Windsor #505, St Petersburg, Florida.

Although Konstanty seemed to be a strict person, deep down inside he was a sweet and gentle man, always wanting to help everyone who needed a hand. A very intelligent person, who to this day has a collection of some 5000 hard cover books, who enjoyed listening to Opera and classical music as well as retro hits of the 40s, 50s. Konstanty enjoyed hunting, not just for deer, but was quite knowledgeable hunter for forest mushrooms, a hobby he learned from his war years. He enjoyed to share an intellectual joke, or share a few memorized verses from novels or recite a poem, he seemed to know all proverbs and sayings pertaining to life in various languages.

Konstanty lived an incredible life, it seems like he lived on the edge, trying to survive, He certainly had a story to share. His wife died in 2013. He leaves behind two sons and 3 grandchildren, two cats and his sister Dagmara Kulik (#208) of Gulfport Florida. 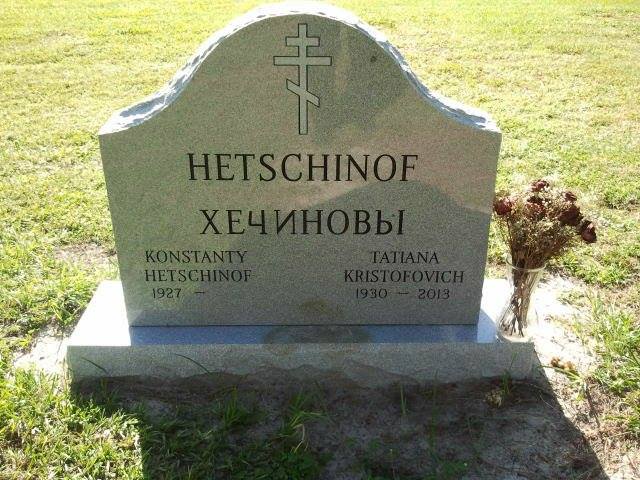